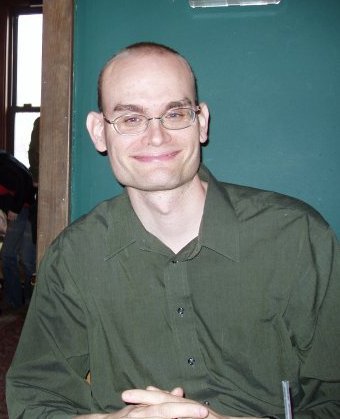 Attending the 2010 National Center for Technology Innovation (NCTI) National Conference in Washington D.C. was Jason Hurdich. Mr. Hurdich and his Vcom3D team won the Brightest Idea Award, voted on by peers and experts in their field at the Conference’s Tech Exposition, a showcase of emerging and exciting technologies and research (http://www.nationaltechcenter.org/index.php/conf10-tech-expo/).

Mr. Hurdich is a valued contractor with ASL Services, Inc. and Team Leader of Sign Language Projects for Vcom3D, Inc., a local research firm located in Orlando, FL. According to Mr. Hurdich, “Vcom3D’s goal has always been to deliver the most realistic and expressive virtual human technology to their wide spectrum of clients.” Proving this at the NCTI Conference, he led the Vcom3D team in demonstrating their research project, “How the Signing Math and Science Dictionaries Support Deaf/Hard of Hearing Learners,” utilizing signing 3-D avatars (see demos at: http://www.youtube.com/vcom3d#p/a/u/0/dpj5lWLujZs and http://www.youtube.com/watch?v=xbWf79mRoTk).

Jason Hurdich, a deaf and native ASL signer, currently works with ASL Services, Inc. as the Interns’ Logistics Coordinator, utilizing tools to support emerging interpreters, as an Interpreter Evaluator, and as a Deaf Interpreter for community requests. He also manages the research partnerships between Vcom3D and several universities, including Gallaudet University. In addition to this, Mr. Hurdich represents Florida Association of the Deaf (FAD) for the Florida Coordinating Council of the Deaf and Hard of Hearing (FCCDHH) Legal Accessibility Task Force.

Mr. Hurdich has taught American Sign Language and ASL/English at major colleges and universities for the past 18 years. He currently teaches at the University of Central Florida (UCF) and Valencia Community College as well as coordinates and coaches the UCF ASL Team that performs the national anthem at every Orlando Magic home game. In his spare time, when he actually has it, Jason enjoys spending time with his family and catching some good sports games.