Silent? No More: The Government Listens to the Deaf

Last Saturday, September 11, 2010, Torres along with representatives from the Office of the Solicitor for Handicap (representing our Governor Luis Fortuño), the CEO of the Senate’s Social Well-being and representatives from the Office of Elderly Affairs were all gathered at “Sol” Theater in San German, PR. They were part of a discussion panel meant to explain how each of them can aid as well as have a positive influence for the Deaf, which responded by asking question after question and exposing both general and personal problems that affect them as a collective and as individuals. 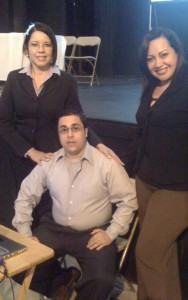 Aside from the discussion panel, the attendees also enjoyed an ADA Talk (Americans with Disabilities Act) given by Irlanda Ruiz, from Cornell University, which was focused on how it protects their rights and generated a lot of questions and comments for the discussion panel to attend to.

Gracias VRS Interpreting for the Audience

Such events gives us a glimpse of how ASL Services Latino & Gracias VRS are deeply committed with the Deaf Community, gaining access to where everyone though was impossible, opening door to people who can really make a difference. People who believe in empowering rather that facilitating. It’s a matter of acting rather that “waiving”. Of this we are confident.

Gracias VRS: Always With You.