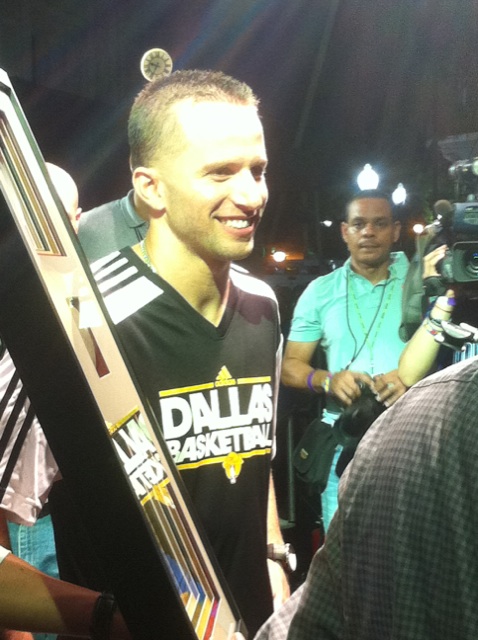 ASL Services Latino and Gracias VRS became co sponsors of the welcoming event for Jose Juan Barea in Mayagüez, Puerto Rico by providing interpretation services to the Deaf community of the West side of the Island. Today June 23rd, 2011 at 6:00 p.m. the Barea-Fever started when hundreds of people attended the event held at the Public Square in the middle of downtown Mayagüez. Jose Juan Barea was born and raised in this municipality of the island. The people from his hometown Mayagüez feel extremely proud of his success in the NBA, specifically by helping the Dallas Mavericks to become National Champions.

than 30 people from the Deaf Community attended the event and were very happy to see it interpreted live. They commented that they were very happy that these  two companies were able to sponsor the interpretation service. One of the Deaf at the event commented” I am amazed that they thought about us, never before had I seen Interpreters in an event like this” another Deaf said “ I am from Cabo Rojo and I told my husband that we should attend because our Deaf friends told us that the event had interpreters 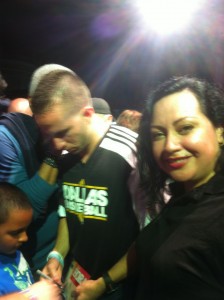 present, I could not believe it but there they were, we are very happy”  Another group of Deaf people present said that  they were form Mayagüez and that they felt very  Proud for Barea because he is from their hometown.

We also had the opportunity to interview the interpreters.  Mrs Moreno, one of the interpreters said “ from the stage we could see a lot of people, the Deaf in the crowd made the I love you sign to us which made me feel good with the work we were doing”, Mr Gilberto García, Director of ASL Services Latino in the island said” the energy and the emotiveness of the people could be easily felt, the Deaf present were waiving and signing at us and at the end some of them came to say thank you”

We would like to honor and give special thanks to the Mayor of Mayagúuez, Jose Guillermo Rodríguez, for allowing that the

interpreters could be provided for the accessibility of the Deaf community of the West Side of the island and especially for those that live in Mayagüez.