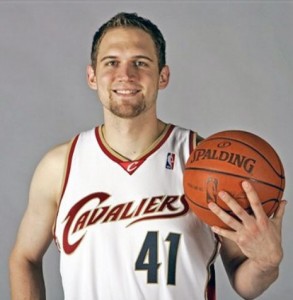 Lance Collin Allred was born February 2, 1981. Allred was born in Salt Lake City, Utah, but he spent his very early years growing up on an isolated compound in Montana. He is nearly 7 feet tall and his listed weight is 255 pounds. He is the first Deaf American basketball player in NBA history. He is also the author of Longshot: The Adventures of a Deaf Fundamentalist Mormon Kid and His Journey to the NBA, his memoir/autobiography published by Harper Collins. The book was critically acclaimed and featured in several sports publications.

He competed in the 2002 World Deaf Basketball Championship in Athens, Greece, leading Team USA to a second place finish.

On 2009 Allred signed contracts to play in Italy and on 2010 he came back to the USA to play with the Idaho Stampede. Presently, Allred is writing 2 books. The first one is about a 14th Century Historical Novel and the second one is a Victorian satire.

As we can see Allred not only excelled in basketball but also has a personal interest in book writting and publishing. GraciasVRS will like to recognize Allred for all his accomplishments and for being a model for the Deaf Community.

The information used for this article was excerpted from WIKIPEDIA.